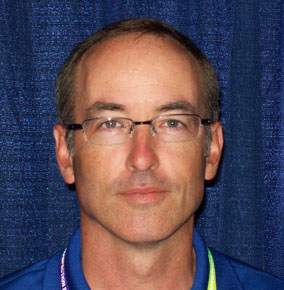 There are those who assume that preventive motor maintenance is the best protective strategy for preventing motor failure and costly downtime. However, a South African mining company has found predictive maintenance to be a better alternative – and with good reason. The company was able to save thousands of dollars that it would have had to spend on repairs, resulting from an imminent and potentially catastrophic motor failure.

The motor operated water extraction pumps to maintain a safe water level for personnel and equipment, an obviously important function at every level of the mine. While other motors on the same mine level would have picked up the slack had the motor failed, the company would still have faced repair costs in the six figure range.

In this case, predictive maintenance discovered anomalies in the rotor – problems that preventive maintenance is not designed to discover. An advanced technology at this level of maintenance made the difference. In most cases, motor testing is either static with a de-energized motor or dynamic with a motor that is running during testing. However, this technology, with its ability to combine static and dynamic testing, a process unavailable in other motor testing equipment, was able to isolate the rotor issues. In essence, the defective rotors were discovered and confirmed through the unusual combination of motor circuit analysis and power analysis.

“Other companies just looked at the motor and cleared it as a good motor”, said Gerhard Gibson, an engineer with CMT, a South African company that monitors critical motors at the mine. Predictive maintenance and a very powerful tool would prove otherwise.

The Mine and its Motors

The motor, which was literally millimeters away from complete failure, was a component of the water extraction system operated by one of the largest platinum mining operations in the world. The mine, northwest of Johannesburg, is located in the western section of the Bushveld Complex, which is generally acknowledged as one of the richest sources of platinum deposits. According to the mine’s website, the Bushveld operations produced 871,000 ounces of platinum in 2010 and the company has a 30-year plan in place to produce up to one million ounces per year.

Mining at this site operates at different levels beginning at 400 meters (approximately 1,300 feet) to a depth 1,800 meters (approximately 5,900 feet) below the surface. Each shaft contains several motors designed to operate water extraction pumps at different levels. The shaft where the faulty motor was located consisted of three levels and five pumps for each level.

CMT’s Gibson said this particular motor was not deemed to be “critical” because “there were enough spare motors at three different levels”. Gibson also noted that the mine contains dams at different levels operated through a control system to keep the water at acceptable levels so the breakdown of one motor would not affect the safety of personnel and equipment, although it would be costly to repair.
Previously, they had been told there was nothing wrong with the motor, even though an audible noise could be heard. However, because of many nuisance trips by the motor in question the mine called CMT to do some tests on it.

In its capacity as a service provider for electrical condition monitoring, CMT offers vibration analysis, motor testing, oil analysis, and a varied group of reliability tests. Since this particular motor was not on the critical motor list there was no history to track the development of rotor defects. Faced with this dilemma, CMT decided to use the MCEMAXTM technology by PdMA, a company that manufactures testers and develops software for the motor reliability industry. Gibson said his decision was based upon MCEMAX’s use of combined static and dynamic testing capabilities to analyze the source of the problems.

Due to the predictive maintenance analysis inherent in PdMA’s static and dynamic testing tool, it did not take long to discover the cause. Data from the MCE proved that the rotor bars were defective to the point that they were very close to extensively damaging the stator and shutting down the motor. Rewinding repairs on a motor this size, and in this underground application, can cost as much as $150,000 US.

Preventing damage to rotor bars starts with quality design and manufacturing followed by proper operation and maintenance. Rotor bars run through the motor’s rotating parts and when they either crack or break, it’s usually the result of repeated expansion and contraction from temperature changes that occur within normal operations. Another factor shortening the life of these bars is excessive starts, although that was not viewed as a possible cause for the rotor damage in the mine’s motor.

MCEMAX’s analysis uncovered damage to 9 of 54 rotor bars that were only millimeters away from the stator winding. That would have led to a minimum of three weeks downtime to change out that particular motor.

MCEMAX is the only testing and analysis tool on the market that combines static and dynamic testing, which can be conducted on most applications and motors regardless of size, type, and condition. The tester, a field portable unit, can be utilized whether the motor is running or shut down. It offers the combination of accurate motor circuit analysis with motor power analysis, two functions that have previously required separate tools.

MCEMAX provides chronological, comprehensive baseline data that can trend the condition of the motor through its service lifetime, an important predictive maintenance function.

The device represents a combination of two separate technologies: MCETMandEMAX. The MCE (Motor Circuit Evaluator) is a static test system that produces comprehensive evaluations of motor and circuit conditions in only a few minutes. It analyzes motor fault zones for detection of electrical faults and can actively send signals to de-energized motors.

The EMAX is a dynamic test system which is passive and acquires information from the power signals traveling to and from the energized motor. It can provide electrical and mechanical data through voltage and current measurement while testing and monitoring fault zones for vital information.

Having one software solution that manages the two components of MCEMAX makes it a complete motor/asset management tool. That is how the combination of MCE (static) and EMAX (dynamic) functioning in one portable piece of equipment quickly located the source of the motor problems in the rotors at the mine.

There are six fault zones in every AC motor and sometimes issues associated with them are not easily detectable. It takes only one seemingly minor fault zone issue to jeopardize efficiency and operations. Consider that as justification for a static/dynamic testing tool, which can generate comprehensive data from each zone and trend it for potentially adverse conditions.

Power Circuit. At issue here are conductors and connectors from the testing point through and including internal motor connections.

Insulation. Wet insulation between the windings and ground and other surface contaminants is likely to increase current flow to ground and can sometimes increase temperatures to unacceptable levels.

Stator. The stator is composed of copper windings connected through solder joints and lugs. One need only look at the situation in the mine to recognize the cost burden that will occur should a stator require a rewind.

Rotors. Impedance and inductance testing are essential for detecting rotor issues and their potential to cause havoc with the stator windings.

Air Gap. This occasionally overlooked fault zone involves the evenly distributed gap between the rotor and stator. MCEMAX data can detect any inconsistencies, which will warrant a visual inspection. Left unattended, a non-symmetric gap could result in a rotor/stator rub and possible catastrophic failure.

Gibson is quick to point out the intangibles of ROI, in particular the satisfaction of knowing that MCEMAX prevented what would have been a catastrophic breakdown. “In this industry, you have only one chance of keeping a good name and preventing a failure – and that just boosts our credibility”, Gibson said. “(The data) just makes it easier to convince the old-school guys of impending trouble”, he said.

Gibson said the mine’s experience with his company and the MCEMAX will help ensure a continuing business relationship beyond the current contract. “With all the failures we have prevented so far, the service we offer pays for itself”, he said.

Gibson said the ability to help avert costly failures is the most rewarding aspect of his job in reliability maintenance, a benefit he clearly appreciates. “Contributing to helping your clients save money is one of the biggest goals we have”, he said.

The motor issue at the Bushveld Complex in South Africa should serve as a warning to every company that may, like the platinum mine, be just millimeters away from an expensive motor repair and even more costly downtime. Companies no longer have to depend on preventive maintenance as their only option for warding off major motor expenses in the form of repairs and shutdowns. Preventive maintenance is important, but predictive technology offers a favorable alternative – a less costly and more efficient method of diagnosis that could make the difference in a motor’s lifespan and efficiency. As CMT’s Gibson pointed out, the combined capabilities in the MCEMAX made it “a better alternative” to get to the heart of the rotor problem quickly and precisely.

The ability to conduct static and dynamic testing on motors simultaneously cannot be overemphasized. Whether the motor is operating or shut down, the capabilities of this innovative technology can provide real-time pictures of the motor’s status without the financial burden of additional costs that are required by having to use separate testing systems. However, it’s not just the testing that justifies the ROI; it’s also leveraging the data to provide cost-effective solutions for an at-risk motor without having to undergo downtime and impede production or other operations, an unacceptable outcome by any measurable standard. Predictive maintenance represents the optimum use of technology to keep motors and budgets in efficiency mode and, just as important, reliable.

Noah Bethel, CMRP, is Vice President of Product Development for PdMA Corporation in Tampa, Florida. PdMA is a leader in the field of predictive maintenance, condition monitoring applications, and development of electric motor test equipment for motor circuit analysis. Phone 800-476-6463 or visitwww.pdma.com.