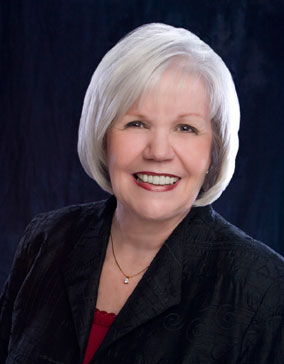 When properly implemented, thermography is the most efficient non-contact, cost effective and reasonably accurate solution for mass screening of individuals for elevated body temperature (EBT). It was first introduced in 2002 with the highly infectious disease called SARS (Severe, Acute Respiratory Syndrome) epidemic, which originated in the Guangdong Province of China and eventually spread to 29 countries. Screening to detect a potentially infected person played an important role in preventing the spread of SARS.

A great deal has been learned since the initial experience of 2002 when there were no guidelines for effective screening. Even today we see videos of live screening activities with inappropriate equipment and little or no human or environmental protocols, sometimes resulting in ineffective and disappointing outcomes. Thermography has great potential, but unless it is used properly it will become a prop for perceived action in a panic situation.

This paper will discuss the benefits and limitations of infrared thermography when used to remotely screen for elevated body temperature, appropriate target areas of the body for screening, and the placement of thermal imagers for optimal data collection.

An influenza pandemic is an epidemic of an influenza virus that spreads on a worldwide scale and infects a large proportion of the human population. There have been three major epidemics since 2002:

H1N1 affected the most people, but by far, Ebola has been the most deadly.

The CDC reports that an estimated 35 to 50 million Americans have flu associated illness every year resulting in 20,000 to 40,000 deaths annually, typically between November and March. In addition to deaths directly related to flu, Walgreens conducted a study revealing influenza was responsible for 100 million lost work days during the 2010-2011 flu season resulting in $7 billion in lost wages. The Walgreens survey noted that 80% of workers showed up for work knowing they were sick, a major known cause for spread of the disease.

To date, there are far more deaths in the U.S. every year related to seasonal influenza. From November 2002 until now more than 30,000 deaths have been attributed to SARS, H1N1 and Ebola while an estimated minimum of 360,000 Americans died of seasonal influenza, much of which could have been prevented with a program to discourage sick workers from attending their jobs and affecting others.

Understanding the Benefits and Limitations of Infrared

The accuracy of the infrared system can be affected by human, environmental, and equipment variables. It is also limited by the fact that the thermal device measures skin temperature and not the core body temperature. For this application, it is critical for thermal imagers to be able to identify febrile from normal subjects accurately. Minimizing the number of false positive and false negative cases improves the efficiency of the screening stations. False negative results should be avoided at all costs, as letting a SARS infected person through the screening process may result in potentially catastrophic results.

Human Factors:
The time course of a typical fever can be divided into three stages:

The typical incubation period for influenza is a minimum of two days depending on the strain, and infected people are usually contagious for 24 hours before the onset of symptoms.

Environmental Factors:
As mass screening will typically take place in a large area with high traffic, one of the greatest challenges is the controlled environment. Screening cannot be effective or controlled outside and cannot be positioned where lighting, outside light, reflective objects, or crowds of people can be seen in the field of view. Ambient temperature is central to the controlled environment. Temperatures too warm or too cold for comfort (18°C to 24°C is optimal and ISO recommended) can affect the accuracy of the target temperature reading.

Equipment Variables:
Not all cameras have the correct specifications to provide accurate results of elevated body temperature.

NETD (Noise Equivalent Temperature Difference) is closely related to thermal sensitivity. The very minimum to avoid thermal noise is NETD of 100mK (0.1°C), but today we have an expectation of 50mK with the ability to detect temperature differences of 0.05°C. Ideal spectral range is 7.5 to 13 microns.

In addition, the ISO has established technical guidelines: The device should carry out a self-correction (NUC) and it must operate in near real-time for rapid screening.

Currently, the vast majority of qualifying thermal devices on the market are Focal Plane Array microbolometer technology that provides resolutions of 320×240 or 640×480 with 30-60 frames per second.

Because this knowledge is critical to effective screening, the International Organization for Standardization published ISO 13154:2009 with operational and implementation guidelines for screening thermography.

Measuring and the Target Area

The human body is almost a perfect emitter of radiated heat/energy but the temperature from head to toe can span a minimum of 8 C° on a healthy person. The head is hottest, the feet are coldest and there are variations in temperature within each region.

Target area: inner canthus of each eye with 16 pixels in the target area. Because thermography measures surface temperature the only opportunities for reliable measurement are:

The FACE should be unobstructed by hair, eyeglasses, and other objects because their presence will interfere with the ability of a SCREENING THERMOGRAPH to detect a febrile condition.

A healthy person will present in the range of 35 to 36.5 degrees C (average) with eye temperature measurement.

Camera Positioning and Flow of Traffic

One specific requirement for mass screening is that it not impede traffic flow or cause time delays for passengers and workers. Following all ISO guidelines can be challenging. Those who are in a position to make the purchasing decision are oftentimes not aware of the limitations of thermographic screening. For example, some have an expectation of a device mounted high on the ceiling, out of the way, scanning the crowd for someone with a hot head.

The camera must be positioned to be directly in front of the person being screened, so consideration must be given to people of different heights. To acquire enough pixels on the eye to establish an accurate measurement, the person should not be more than 4 feet (122 cm) away from a 320×240 array camera and no more than 10 feet (304 cm) with a 640×480 array camera. They must also pause for a few seconds and look into the camera. The area behind the person must be blocked from artifacts, including other people. Traffic flow must include an easy exit. Work space must accommodate a non- skilled person that is a safe distance from the people being screened. If an elevated temperature is detected, the person must have a secondary exam, usually with an ear thermometer inside the ear canal to determine a truer basal temperature. Follow-up screening must be separated and attended by a skilled healthcare worker. There must be a separated area for those who need to be quarantined.

As you can see, the screening area must be well planned.

According to 2005 International l Health Regulations for health events of international concern, each country has an obligation to ensure prevention and manage the control of epidemic cases to prevent the spread of the disease over international borders.

Unfortunately, implementation of screening protocols is delayed until there is an emergency, as there is hesitation to invest in equipment that is perceived not to be useful unless there is a perceived pandemic. This makes optimal planning very difficult.

While screening at airports, hospitals, and other public facilities offers a non-contact solution for screening when there is a fear of pandemic, more lives could actually be saved every year with routine screening of employees and healthcare workers at the entrance of the workplace, which would encourage them to stay home while they are sick. The challenge we face is acceptance of introduction of such a strategy into the workplace. However, there would be significant economic advantage, even to a small to medium sized business. There would also be a tremendous advantage to those who would be spared untimely death due to exposure.

As elevation of body temperature is a common presenting symptom for many illnesses including infectious diseases, thermal imagers are useful tools for mass screening of body temperature not only for SARS but also during other public health crises where widespread transmission of infection is a concern.

About the Author
Carol Chandler, DOM is President of Med-Hot Thermal Imaging; by profession she is a healthcare provider as a Doctor of Oriental Medicine since 1995. By nature she is an artist and by heart she is a thermographer, providing services to patients since 2000. She is the designer of TotalVision medical application thermography software, including a special application for elevated body temperature screening, providing applications to departments of the U.S. Government and private businesses.