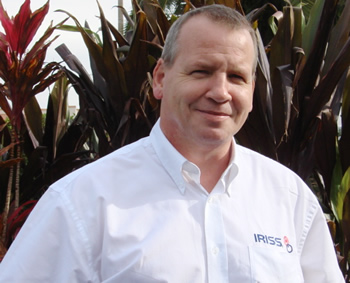 A dangerous misconception regarding the “Arc Rating” of infrared (IR) windows or viewing panes exists. Many reliability and maintenance professionals are under the impression that an IR window will protect them in the event of an arc blast; still others are under the impression that installing IR windows will turn non arc-rated switchgear or electrical equipment into “arc-rated” cabinets. Neither is the case, and both misconceptions need to be corrected because they present very real safety concerns.

There is no “component rating” for generic “arc-resistance.” Any claims to the contrary are dangerous and negligent. Infrared windows are not intended to protect a user from an arc flash – they are intended to eliminate additional triggers of an arc flash during an inspection and replace a high-risk activity with a risk reduction/elimination strategy during inspection. Closed panel inspection through IR windows helps companies to comply with OSHA and NFPA mandates to eliminate risk wherever possible. Conversely, a protection strategy is acceptable only after other methods of risk elimination or reduction have been exhausted. This paper will cover the proper use of infrared windows and the standards which relate to infrared windows

All three major brands of IR windows are available as standard options on certain brands of switchgear, MCC buckets, and other electrical equipment.  All three brands have undergone extensive evaluation and testing as parts of arc-rated systems.  Yet, none of these companies should ever lead the public to

believe that any of these tests or system certifications have any broad-based or generic rating across all varieties of switchgear or electrical equipment.  The simple fact is that there is no such “component rating” for generic “arc-resistance.”  Any claims to the contrary are dangerous and negligent.

IR windows are not intended to protect a user from an arc flash – they are intended to eliminate additional triggers of an arc flash during an inspection and replace a high-risk activity with a risk reduction/elimination strategy during inspection.  IR windows and closed-panel inspections help companies to comply with OSHA and NFPA mandates to eliminate risk wherever possible.  Conversely, a protection strategy is acceptable only after other methods of risk elimination or reduction have been exhausted.

The Anatomy of an Arc Flash

An arc flash occurs when a phase-to-phase or phase-to-ground fault causes a short circuit through the air.  The core of the arc flash can reach temperatures of up to 38,000°F (21,093°C).  At this high temperature, copper turns to a plasma state instantaneously and expands to 67,000 times its original volume in a fraction of a second.  The heat and resulting expansion cause a pressure wave that carries thousands of pounds of force, a blinding flash of light, and molten shrapnel.

Differences in the volume (cubic feet) of the switchgear, MCC bucket, or electrical cabinet will affect the amount of force that impacts the cabinet panel/IR window.  This concept is analogous to the way that a small explosive placed in the center of an empty train car would have very different consequences than if it were placed in a mailbox.  Similarly, a cabinet with large amounts of copper available for expansion would be capable of producing an explosion with much more force than the same cabinet with less copper cable or bus bar.  Other differences, such as use of current limiting fuses or distance and position of the arc flash relative to the panel door/IR window, will have a major impact on the force that impacts the panel/window.

As a result, arc ratings are given to systems that are able to withstand a blast in a specific model of switchgear with a standard size and configuration.

Because of the near-infinite variety in size, content, and position of connections, one-size-fits-all rating for arc-resistance is impossible.  As a result, arc fault tests are performed on systems, not on the individual components that make up a system.  Therefore, the resulting arc ratings are given to the system and not to the individual components that happened to be in place during the test.  Consequently, any changes in switchgear design require re-testing to verify the new design’s rating even though it might be similar to the previous arc-resistant version.

Arc rated switchgear and MCCs enlist a variety of safety mechanisms, such as additional barriers and pressure relief mechanisms, that redirect the forces and heat of an arc flash away from the panel doors and up through a series of plenums that systematically reduce the forces of the blast and minimize any damage that may have otherwise occurred had the blast escaped the confines of the system.  Any IR window, visual viewing pane, or panel meter that happened to be in place during this test would not have been responsible for the system’s arc-resistance, but would merely be shownnot to interfere with any safety mechanisms which were in place to redirect the blast.  Similarly, the bolts holding the panel in place are not universally arc-resistant; they were simply the proper strength to hold the panel in place on that specific model of switchgear.

Consider the following analogy:  A luxury car manufacturer is preparing its new sedan for crash testing.  They include the high-end stereo option manufactured by Uber-Audio, complete with voice-activated MP3 catalog features.  As expected, the crumple zones in the sedan’s frame absorb huge amounts of force on impact, safety belts keep test-dummies properly placed for maximum protection, and airbags deploy to cushion the occupants.  The stereo, as expected, does not interfere with the proper functioning of any of the safety mechanisms as it stays on its mount and does not impale the test-dummies.  The car receives a five-star crash rating.  Would you expect to see the Uber-Audio stereo company claim that its stereo system received a five-star crash rating?  Would you expect to see advertisements leading consumers to believe that this stereo could actually protect passengers in the event of a crash?  Of course not.

Keep in mind that the forces and temperatures that a panel or window encounters in an arc flash in arc-resistant gear are vastly different than those that are present in the same blast in unrated gear.  Since less than 1% of the switchgear and MCCs in the field have safety mechanisms designed to redirect the forces of a blast, 99% of consumers who are expecting a window to withstand a blast on un-rated gear are asking the laws of physics to be suspended.  In a tightly closed box, an arc blast will blow a steel door right off steel hinges and steel bolts.  With such extreme forces applied to an unyielding system, even the steel doors of a piece of switchgear cannot “protect” a worker who happens to be in the vicinity of the explosion.  That is why switchgear had to be re-engineered to redirect and mitigate the blast effects.

It is also important to understand that the test procedures defined in IEEE C37.20.7 are performed with the window in a closed position.  When the switchgear “passes the test”, it does not matter if the optic material was damaged or even disintegrated, as long as the heated gas from inside the cabinet does not ignite a flag placed outside the cabinet.  Therefore, any implied protection for a thermographer while using the window in an open position is not only questionable, it is a total misrepresentation of the test.

Why Use IR Windows?

Infrared windows are intended to allow safer, more efficient access to the thermographic data recommended in NFPA 70B:

“Dependability can be engineered and built into equipment, but effective maintenance is required to keep it dependable.  Experience shows that equipment lasts longer and performs better when covered by an EPM (Electrical Preventative Maintenance) program.” … “Infrared inspections of electrical systems are beneficial to reduce the number of costly and catastrophic equipment failures and unscheduled plant shutdowns.” … “Routine infrared inspections of energized electrical systems should be performed annually prior to shutdown.  More frequent infrared inspections, for example, quarterly or semiannually, should be performed where warranted by loss experience, installation of new electrical equipment, or changes in environmental, operational, or load conditions.” … “Infrared surveys should be performed during periods of maximum possible loading but not less than 40 percent of rated load of the electrical equipment being inspected.”

NFPA 70E lists removal of panels on electrical equipment as one of the riskiest activities that a worker can perform on that piece of equipment.  The risk is elevated because the most common arc triggers occur either because the panel covers are open or as a result of removing the panel covers.  Closed-panel inspection using infrared windows will eliminate over 99% of arc flash triggers during inspection.  Therefore, the core benefit of IR windows is that they comply with the OSHA and NFPA 70E focus on removing the risk of an accident – protection with PPE is only used as a last resort, and the implementation of engineered controls is only used where risk elimination and substitution are not feasible.

IR windows are intended to remove the risk of triggering an arc flash incident during a thermographic inspection.  That being said, the windows should also offer the same level of structural integrity that UL746 requires of other common meters and controls, and the same integrity that IEEE C37.20.2 requires for impact and load of “viewing panes.”  However, any claims by any manufacturer to have an arc-resistant IR window are misleading and negligent since there simply is no test that offers a component level rating.

Due to the endless variety of switchgear geometry and contents that exist in the field, the forces that a given piece of switchgear or MCC might experience in an arc blast are equally varied.  Therefore, regardless of how many arc fault tests the window may have been involved in, it is impossible to infer generic resistance.

IR windows are a safer, more efficient way to perform infrared inspections of energized electrical equipment.  For more information on this and other infrared topics, visit www.iriss.com.