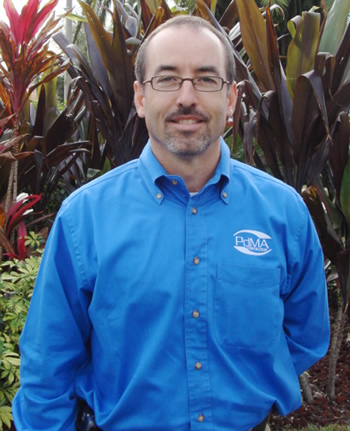 Convincing management to spend money on reliability for a motor that appears to be running just fine requires a higher degree of communication than merely pointing fingers. “It’s not the Motor!” just doesn’t cut it anymore in today’s highly advanced maintenance reliability world. From reliability technicians and engineers to reliability supervisors and management, a common communication protocol can increase the understanding of a reliability situation.

This paper will focus on the six fault zone approach and “bridge the gap” by providing insight into one of the largest problems faced in analyzing electrical equipment; that is, accurately identifying where the true problem lies. Once problems are properly identified, it is imperative that this information is communicated to management efficiently and effectively, making expensive decisions easier.

“It’s not the motor!” just doesn’t cut it anymore in today’s highly advanced maintenance reliability world. From reliability technicians and engineers to reliability supervisors and management, a common communication protocol should be in place to optimize the communication of a troubleshooting effort. This protocol can deliver common terminology to each of the stakeholders involved in order to reduce the mean time to repair (MTTR). Reducing the MTTR will maximize the availability of a system resulting in a higher overall equipment effectiveness (OEE) and put more money in the pockets of the employees and stockholders.

Statements like “It’s not the motor!” are often the result of poor training or poor resources. I often present the evidence that a facility is asking their electrical reliability technicians to save the world with a megohmeter. How often have you heard that the motor tripped, but has a resistance to ground reading of >2000 Megohms, so it must be mechanical. By the way, the phrase “It must be mechanical” is a derivation of “It’s not the motor!”

Ten to fifteen years ago, if I attended a motor maintenance seminar a large majority of the attendees were mechanical. Today these same seminars are filled with a majority of electrically inclined and trained personnel. Certainly, the focus has shifted from a primarily mechanical analysis approach to a now balanced approach utilizing a variety of advanced mechanical and electrical tools. These tools include power analysis, current demodulation and spectral analysis, precision digital resistance measurements, start-up/in-rush current analysis, polarization index and other insulation tests, inductance/impedance based analysis, thermal imaging, partial discharge, vibration, ultrasonics, oil analysis, and the list goes on and on. Today’s top performing facilities have dedicated personnel applying a host of technologies in the name of reliability.

A major addition to the troubleshooting scene today is the presence of variable frequency drives (VFD’s). A common argument fifteen years ago in a troubleshooting scenario would be whether the problem was isolated to the pump or the motor. I would argue that the more common focus of today’s troubleshooting scenario is whether to focus on the motor or the drive. VFD technology has increased significantly for the good of power quality and motors. Silicon Controlled Rectifier (SCR) drives offered little to the benefit of power quality, often increasing the distribution system voltage distortion levels near the limits listed in the IEEE 519 standard. The earliest pulse width modulation (PWM) drives, when applied to aged insulation, presented such a high rate of change in the voltage that it destroyed the insulation systems on the motor in a short period of time. Today, the drives are better controlled and the insulation systems are better equipped. It is still wise to verify that a motor is inverter duty before converting it from across the line to a VFD application.

When it comes to troubleshooting electric motors and trying to communicate the best action to take or direction to go to improve motor reliability, a technician’s credibility is often a strong variable in the decision making. For an analyst who has many years at a facility and a lot of troubleshooting hours under his/her belt, credibility is often easier to come by. Having a full head of gray hair doesn’t hurt either. However, for those who have not developed a level of credibility through experience or natural causes, another approach may be necessary to ensure an efficient use of personnel and test resources through a troubleshooting or reliability effort. Fault Zone Analysis, the successful approach developed by PdMA Corporation as a communication tool, is one approach. Fault Zone Analysis breaks down a system into zones related to common fault mechanisms. This allows a technician/analyst to more quickly isolate the source of the fault, or in a preemptive effort, to better perform a failure modes and effects analysis (FMEA).

The electric motor fault zones consist of power quality, power circuit, ground insulation, stator windings, rotor, and air gap. For each fault zone, numerous fault mechanisms exist as well as standards available for comparison and trending. Electric motor fault zone analysis is not only designed to provide a systematic approach to troubleshooting an electric motor, but also to provide a communication protocol between the analyst and management to hasten their understanding of the troubleshooting process, which will assist in a quicker response and decision making. An electrical analyst in a troubleshooting scenario limiting his call to “It’s not the motor!” better have a lot of credibility. Likewise, a mechanical analyst better have a lot of credibility if, after a single vibration test on a compressor, he suggests that the motor needs to be replaced. These types of broadly applied recommendations with limited information to back them up can quickly erode any credibility that the analyst has developed over the years. Additionally, in a newly established or young asset reliability program, it can set the whole reliability effort back due to a loss in confidence. The beauty of the Fault Zone Analysis approach is that the supervision and management don’t have to rely on credibility. They can rely on a process and protocol.

Electric motor reliability is a critical element of any successful operating equipment asset management program. Although the large majority of maintenance performed in a world-class program should be of the predictive nature, it is imperative to have a standard process and communication protocol in place to support the increasingly rare, but still expensive, unscheduled outages. Minimizing the time required to troubleshoot, isolate, and repair or replace a system failure responsible for an unscheduled outage can play a huge role in minimizing the MTTR and increasing the unit availability. Finally, troubleshooting can be exciting and create a feeling of accomplishment, but at a high cost in an outage situation. Know your system fault zones, and apply a communication protocol to reduce the impact of a failure.