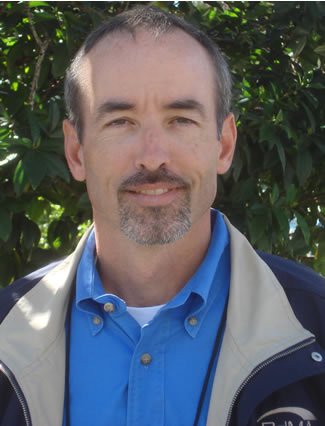 The ever present emphasis on technological efficiency is just one of several forces behind the pressure on companies to “go green” despite a trying economy.  The ultimate criterion that determines whether a motor is truly green is energy efficiency.  Technology, long the key to efficiency, can help resolve this issue through detailed computerized analysis of the motor, the power environment in which it operates, and even its reliability

Does motor efficiency relate to “going green”?  While the term “going green” originally applied to the release of greenhouse gases, it has been broadened to include waste and inefficiency associated with factory operations in general and motors specifically.  The green movement as it relates to motors is the result of industry becoming environmentally conscious with a wary eye on reducing its carbon footprint.  Given the sometimes frenzied movement in the effort to go green, maintenance management may overlook the fact that maintaining reliability can pay dividends towards efficiency while improving the bottom line.  The ideal technology would provide tools to help companies make the right choice between repairing or replacing motors that are pushing the environmentally friendly envelope of efficiency, and be used to maintain, and even improve, motor reliability.

One such technology is the PdMA Corporation MCEmax motor test equipment powered by MCEGold software.  This technology combination conducts a complete electrical analysis of six crucial areas of motor function known as electric motor fault zones and delivers energy analysis data to assist in making educated decisions towards repairing or replacing motors.  The fault zones each require independent analysis because problems in any one of the six will likely impair efficiency and output.  An effective analysis of each fault zone will play a major role in determining whether replacement or repair will achieve maximum efficiency and a green production environment.  The fault zones are:

1.  Power Quality.  The focus on this fault zone follows the increasing use and reliance on AC and DC drives.  An ongoing concern about power quality is the possibility of distortion of voltage and current levels from variable frequency drives.  Other sources of trouble with power quality include non-linear loads, starting and stopping of nearby equipment, voltage spikes, and more.  These influences can cause excessive harmonics on the distribution system, which can result in overheating of the insulation system.  Harmonics in a distribution system produce excessive heat because of increasing current demands.  Left undetected, heat above acceptable levels can lead to malfunctions and/or shorten the motor’s lifespan.

PdMA’s MCEmax Power Analysis test allows a technician to take a Power Quality snapshot in order to see the condition of the voltage signal and evaluate the effect it will have on the motor.  The actual sample time for the simultaneous measurement of the three voltage and current phases takes less than one second.  From this snapshot, the technician focuses primarily on the three phase-to-phase voltages that power the motor and determines what effect they are having on motor performance.

2.  Power Circuit. This fault zone is defined as the system of conductors and connections running from the point of origin of testing to connections at the motor.  The circuit can include breakers, fuses, contactors, and lug connections.  There should be no doubt that a problem in the power circuit impairs efficiency.  A study conducted in the mid-1990s determined that more than 46 percent of the faults found in industrial power distribution systems that reduced motor efficiency stemmed from difficulties within either the connectors or conductors.  Faulty power circuit conditions place the most efficient and well maintained motor at risk for reduced horsepower.  This can lead to excessive heat and insulation damage.

High resistance connections in the power circuit result in unbalanced terminal voltages at the motor.  The consequences of unbalanced terminal voltage are:  overheating of the components adjacent to the high resistance connection, loss of torque, other phases drawing additional current to compensate, overheating of the insulation system, and a decrease in motor efficiency.  Voltage imbalances will cause the motor to draw more current in order to perform the required work.  Therefore, not only does the customer face premature motor burn out (or single-phase), but they also may have to pay for extra kilowatt-hours and possibly a demand penalty.

Another result of voltage imbalance is the creation of negative sequence currents.  These currents are named negative sequence because of the development of a magnetic field opposing motor rotation.  This added load requires the motor to draw more current to power the load being driven.  The long-term effect will be shortened insulation life due to the added thermal stress.

The values from the Power Analysis test that are used to evaluate the health of the power circuit are:  phase-to-phase voltage, phase-to-phase current, and their respective imbalances.  These measured values are recorded and compared against industry standards.  Due to the negative effects from an imbalanced bus voltage, NEMA MG-1 recommends that a motor not operate if the voltage imbalance reaches 5%.  NEMA provides a Derating Curve that shows a factor for derating motor horsepower due to the voltage imbalance experienced by the motor.

An unbalanced power delivery not only causes a voltage imbalance, but it will also cause a much higher percent current imbalance.  Some rules of thumb to apply when troubleshooting the power circuit are:

Phase voltage unbalance causes three-phase motors to run at temperatures greater than their published ratings.  This excessive heating is due mainly to negative-sequence currents attempting to cause the motor to turn in a direction opposite to its normal rotation.  These higher temperatures soon result in degradation of the motor’s insulation and shortened motor life.  The percent increase in temperature of the highest current winding is approximately two times the square of the voltage unbalance.  For example, a 3% voltage unbalance will cause a temperature rise of about 18%.

3.  Insulation.  There is potential for damage to the insulation between the windings and the ground, which is generally caused by dirt contamination, high temperatures, moisture and age.  A faulty power circuit is the culprit in insulation damage, but advanced testing is required to ascertain if the damage was the cause of a motor disruption or if it was something else – a symptom of another problem yet to be analyzed.

By definition, the insulation resistance is made up of the applied direct voltage across the insulation divided by the total resultant current.  The total current is the sum of four different currents:  geometric capacitance, conductance, surface leakage, and absorption.

The conduction current in well-bonded polyester and epoxy-mica insulation systems is essentially zero unless the insulation has become saturated with moisture.  Older insulation systems, such as asphaltic-mica or shellac mica-folium may have a natural and higher conduction due to the conductivity of the tapes used on the back of the mica.

Section A of Figure 2 shows the random orientation of the insulation’s molecules.

As a direct voltage is applied via the MCE tester, the molecules start to polarize and align, (see Section B of Figure 2).

The energy required to align the molecules, and subsequently reduce the amount of escaping molecules, is known as absorption current.

4.  Stator.  This fault zone is sometimes misunderstood.  A stator consists of copper windings connected with solder joints between the coils.  Electrical engineers sometimes differ on the role of the stator as the root cause or symptom.  Outside of design or manufacturing defects, the stator is often the symptom of another fault mechanism.  The real goal for stator-related incidents is to identify conditions conducive to stator faults and correct them before they result in a stator failure.  Stator failures can often be catastrophic, resulting in unplanned outages and defective products, which increase the use of energy and create waste.

The likely mechanisms of a stator-winding fault are either a turn-to-turn, phase-to-phase, or turn-to-ground short.  A turn-to-turn short is identified as a short of one or more windings in a coil.  This can develop into a very low impedance loop of wire, which acts as a shorted secondary of a current transformer.  This results in excessive current flow through the shorted loop, creating intense heat and insulation damage.  Due to the nature of a random-wound design, a shorted turn could occur with much higher impedance, allowing the motor to run for extended periods of time before eventually destroying the coil with the high currents.  Form-wound coils however, do not exhibit high turn impedances and will therefore heat up quickly following the presence of a turn-to-turn short.  A phase-to-phase short is identified as a short of one or more phases to another phase.  This fault can be quite damaging due to the possibility of very large voltage potential existing between phases at the location of the short.

5.  Rotor.  In more specific terms, the rotor fault zone refers to the rotor bars, laminations and end rings.  The percentage of motor failures attributed to rotor problems is low, but its trouble spots can cause extensive damage to the motor if left unchecked.  The stator is also at risk because of its close proximity to the rotor.  For example, a cracked rotor bar will lead to a heat build-up intense enough to melt insulation on its laminations as well as on the nearby stator.  Again, motor efficiency will be compromised without the advanced technology necessary to detect a crack or break in the bars.

6.  Air Gap. The gap between the rotor and stator assures efficiency when it is evenly distributed around 360 degrees of the motor.  When distribution is uneven or non-symmetric, the usual result is an unbalanced magnetic field and high vibration levels.  Over time, these elevated levels of vibration can result in excessive movement of the stator winding, which could lead to increased friction and eventually a turn-to-turn, coil-to-coil, or ground fault.  Additionally, this vibration can accelerate bearing failure, which could seize the shaft and overheat the windings or allow additional movement of the shaft leading to a rotor/stator rub.  The uneven magnetic stresses applied to the rotor coupled with the increased vibration will also contribute to mechanical looseness developing in the rotor.  Any of these occurrences could lead to a catastrophic failure of the motor, which could require a complete rewind and possible restacking of the iron.  Whether it is bearing failure or a rotor/stator rub, these increased losses have a direct impact on the operating efficiency of the motor.

About the Author:  Noah Bethel is Vice President of Product Development for PdMA Corporation, Tampa, Fla., a leader in the field of predictive maintenance, condition monitoring applications, and development of electric motor test equipment for motor circuit analysis.  Phone: (800) 476-6463 or visitwww.pdma.com.