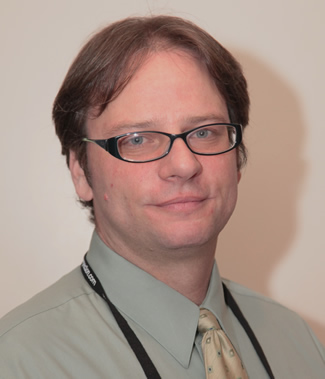 As thermographers, we see many thermal anomalies in switchgear and panelboards.  However, finding the actual root cause of what appears to be high contact resistance is not as straightforward as you may think.  Circuit breakers have many internal mechanical connections, all of which can radiate heat under load.

Misdiagnosing thermal anomalies can result in added time, wasted money and unnecessary damage to critical equipment.  Additionally, there is the frustration involved with finding that same problem during the follow-up inspection, and then having to explain to the customer or your boss why the money that was spent to tighten the “connection problem” didn’t rectify the problem.

In this presentation I will discuss the parts of circuit breakers and the ways that those parts can cause thermal anomalies commonly called “connection problems”.  I will show, using a primary injection test set, how different connections within the breakers will produce thermal anomalies and I will then demonstrate a voltage drop technique to determine the location of the abnormal resistance.

The power supply for the static logic boxes and the tripping actuator is supplied from a separate set of sensors mounted in the breaker studs.  In addition to the phase overcurrent logic boxes, a ground fault sensing feature may be provided.  New design advances are continually being made in the development of static-trip devices.

The resistance of an object can be defined as the ratio of voltage to current:

Parts of the Circuit Breaker

The internal parts of a circuit breaker consist of many contact points and mechanical connections all of which can generate heat under load.  The picture below shows a cutaway of a single pole 20 amp circuit breaker.

the status of the circuit breaker (On or Off/tripped).  Most breakers are designed so they can still trip even if the lever is held or locked in the “on” position.  This is sometimes referred to as “free trip” or “positive trip” operation.
2.   Actuator mechanism – forces the contacts together or apart.
3.   Contacts – Allows current when touching and breaks the current when moved apart.
4.   Terminals
5.   Bimetallic strip
6.   Calibration screw – allows the manufacturer to precisely adjust the trip current of the device after assembly.
7.   Solenoid
8.   Arc divider / extinguisher

As you can see, there is a lot more to a circuit breaker than just a line and a load side conductor connection.  Poor contact on any one of these internal connections can cause heating within the breaker.  The problem is there is enough thermal mass in the breaker body to hide the true cause of the heat.  Think of the internal parts of the circuit breaker as a fused disconnect that you can only see the line and load side connections of.  Many of the same parts are there, contacts and mechanical connections, with the addition of the removable trip unit on some styles of breakers.

Above is a molded case circuit breaker with a solid state trip unit installed.
The breaker cover has been removed to show the internal parts

Locating and Confirming these Internal Problems

It is very important to note that electricity is very dangerous.  Only qualified technicians should conduct these types of inspections.  This test requires that a volt meter be used to determine the voltage drop on live electrical circuits.  When conducting an electrical infrared inspection all covers and dead fronts must first be removed by a qualified person.

Breaker internal problems appear thermally to be connection problems and sometimes even look as if to be load imbalance issues.  These anomalies in most cases do not have very large temperature rises and can be easily overlooked.  Because the heat found in these situations is indirect, the result of a much higher temperature within the breaker that can not be seen directly, normal recommendations based on temperature rise should not be used.  Thermography can be used to locate these problems but additional testing is needed to determine the severity and the cause of the heat.

Because the breakers may be stacked in the panel or switchgear it may be difficult to get line of sight to the side of the breaker, where the breaker body material is thinnest, to see a temperature rise on the breaker body.  The heat is sometimes also located in the space between two breakers.  While conducting the inspection, it is important to move around because the heat may be seen reflecting off the back of the panel or bus behind the breaker.

The thermal images above show the results of a breaker with internal heating.
The heating cannot be seen on the breaker body but as a reflection on the back of the panel.

While conducting an infrared inspection of an electrical system it is important to think outside the box.  A building electrical system consists of many integral parts that all must operate together to be a safe and efficient system.  Thermography is an important tool in finding problems within the system; however, there must be other tools in the box.  If, during an inspection, problems with the circuit breakers are found it should be noted correctly in the written report with all needed information and the customer notified.  Then, a qualified electrical testing company can perform electrical tests on these circuit breakers to determine the proper corrective action.