Burlington, NJ February 1, 2014 – Infraspection Institute’s IR/INFO conference was recently held in New Orleans, LA. IR/INFO 2014 marks the 25th anniversary for the advanced training conference, technical symposium and technology expo. IR/INFO was attended by infrared thermographers, PdM technologists, and building inspection professionals from around the world who enjoyed four days of networking, learning, and fun in a relaxed and professional atmosphere. 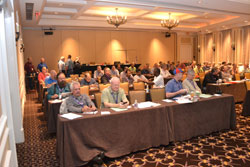 Jim Seffrin, Director of Infraspection Institute, states, “We were very pleased with this year’s IR/INFO conference. With 5 short courses and 24 technical presentations, this year’s conference covered a broad array of infrared applications, new equipment and technologies, home and building inspections, and current legal issues. We thank our exhibitors, our speakers and all who attended and helped to make this year’s conference one of our best ever.” 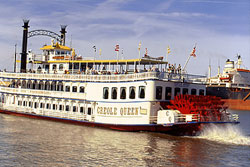 Several attendees took advantage of Sunday’s crisp and sunny weather to roll on the Mississippi River aboard the paddle wheeler Creole Queen. The two-hour narrated cruise provided a unique view of the City and other points of interest along the big river. The cruise also featured a visit to the historic Chalmette Battlefield where the 1815 Battle of New Orleans took place. 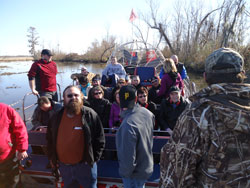 A sizable group a slightly wilder the swamps of conference attendees opted for outing by taking an airboat tour of and bayous in nearby Lafitte. Passengers were able to see several species of birds and mammals up close while the captain, a local native and outdoorsman, shared information on wildlife and local culture. 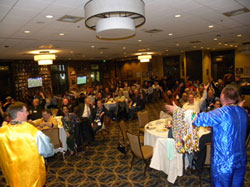 Another highlight of the conference occurred on Tuesday evening when guests were treated to a cocktail reception sponsored by the IRINFO Group. Following the reception several attendees strolled to the French Quarter to enjoy local cuisine at the city’s famed restaurants. After dinner, attendees visited well known attractions including Preservation Hall, Jackson Square, Café Du Monde, and several of the nightclubs along Bourbon Street. 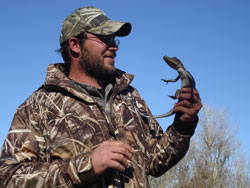 First time attendee and speaker Ben Hixson had this to say about his first IR/INFO experience: “This conference is a tremendous learning opportunity for the business and technical sides of the industry. It is a great opportunity to meet with industry peers.”

Return guest Dave Dispoto, an Infraspection Institute Certified Infrared Thermographer, offered the following: “It’s not often that you get to have personal face-to-face conversations with so many highly respected industry leaders all in one place. Priceless!” 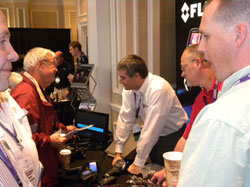 Alan Kowalik of Central Texas Thermal Imaging added, “Great conference – a must for all thermographers. Conference presentations gave me a wealth of information to expand and improve my business.” Jim Seffrin concludes: “Plans for Infraspection’s next IR/INFO event are already well underway. IR/INFO 2015 will be held at Harrah’s Hotel in New Orleans, LA January 18 – 21, 2015. We look forward to seeing everyone again next year for another fun-filled and informative event.” 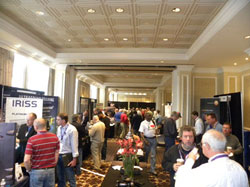 Copies of the proceedings from IR/INFO 2014 are available on USB flash drive by calling Infraspection Institute at 609-239-4788 or by visiting the Infraspection Online Store. Proceedings include color copies of papers presented and PowerPoint slides from all Short Courses.