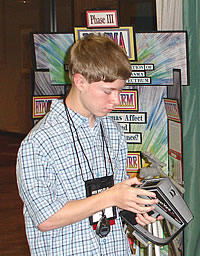 Having competed successfully at the District Level, Shay will be among the 45 students who advance to the 4 County Competition. More than 300 top students from the Corona Norco Unified School District, with an enrollment in excess of 48,000, competed for a spot to go to the County Competition to be held in April. Edward’s project was titled: Thermographic Assessment of Cold Stimulation on Autonomic Vascular Reactions ~ Is Thermal Imaging a Useful Tool in Assessing Autonomic Vascular Reactions?

In his experiment, Shay utilized a thermal imager to study the thermal patterns and temperatures across the right hand of study participants while their left hand was submerged in cold water. For each participant, thermal imagery was collected at the beginning of the test and at timed intervals during the 20 minute test period. The data were compiled and analyzed to study the thermal reaction of three groups of participants: smokers, known diabetics, and a control group.

Shay offers special recognition to Jim Seffrin, Director of Infraspection Institute, who has served as a resource and mentor for Shay during the past four years. Shay is especially thankful for the support of this year’s IR/INFO Conference attendees; more that 30 volunteered as study participants for Shay’s experiment. 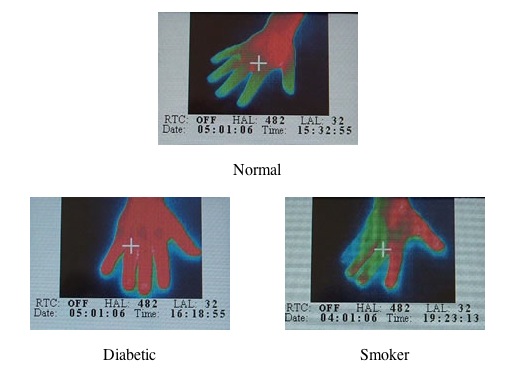 If you wish to send a word of encouragement, you may send Shay an e-mail. This email address will expire March 31. 2006.