Transmissivity:
Observations of Gas In The Infrared Spectrum
Will The Chemical Composition of Gas Affect Infrared Transmittance? 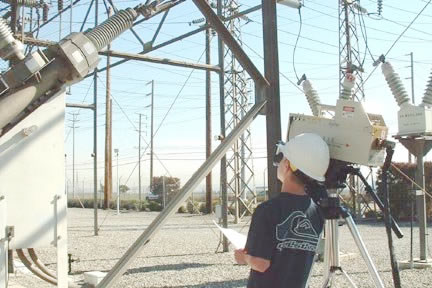 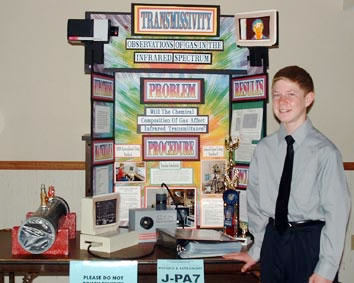 This was the 20th annual Science and Engineering Competition to be held in the district. Shay secured his spot at the District Level after successfully competing at the individual school level. As a result, Shay was among 5 students who advanced to the District Fair from an individual school.

Having competed successfully at the District Level, Shay will be among the 40 students who advance to the 4 County Competition. More than 300 top students from the Corona Norco Unified School District, with an enrollment now in excess of 44,500, competed for a spot to go to the County Competition to be held in April. Shay secured his position by winning 1st place in the Junior Physics and Astronomy category for which Shay was also awarded a $50 cash prize from UNITY.

Edward’s project was entitled: Transmissivity: Observations of Gas In The Infrared Spectrum ~ Will The Chemical Composition of Gas Affect Infrared Transmittance?

Edward’s offers the following Abstract of his endeavor:

The purpose of my science project was to study the influence of the chemical composition of gas on its ability to absorb infrared radiation. My main objective was to obscure a heat source with a visibly transmissive gas. I will also be studying the transmission of infrared light through the gas. 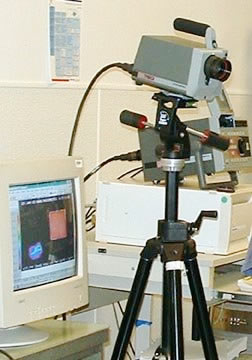 I hypothesized that the composition of each gas would affect infrared viewing. To test my hypothesis I decided to use a Spectroradiometer, which operates in the spectral range from 2.5 to 14.5 um, and an 8-12 micron infrared camera with digital imagery. Testing was performed on Sulfur Hexafluoride, Carbon Dioxide, Tetrafluoroethane, Ammonia, Isopropyl Alcohol, Acetone, Freon 13, Resmethrin, and a can of air. A Blackbody was used as a constant heat source.

Every gas was tested in a controlled environment and photographed before and during the testing. Using the SR5000 Spectroradiometer wide range capabilities I was able to look at one micron at a time with each gas tested. After the SR5000 testing, I was then able to proceed using the information that I had gathered and test with the infrared imaging system on the same gases to visually look for obscuration of the heat source. All results were recorded in a logbook. 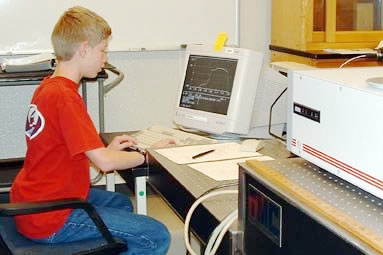 At the Science Fair, Shay’s work was reviewed by several military experts and who offered him unanimous praise for the accuracy of his data. Shay Edward’s interest has been motivated by assistance from Infraspection Institute which has served as a resource and mentor during the past two years.

Shay offers especial recognition to R. James Seffrin, Director of Infraspection Institute, who was amenable to work around the difference in time zones and Shay’s other commitments including his interest in sports, most notably baseball. Shay credits Infraspection Institute and the web site www.irinfo.org as valuable sources of information.

Shay hopes to attend the Infraspection Institute’s next conference in January 2005.

If you wish to send a word of encouragement, you may send Shay an e-mail. This email address will expire March 24. 2004.