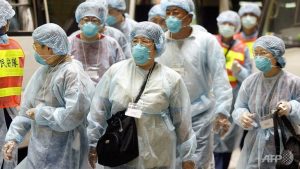 Since SARS (Severe Acute Respiratory Syndrome) was first recognized in February 2003, there has been a lot of information in the press and on the web on the use of infrared equipment to detect persons infected with SARS.

Recent efforts to control the spread of Severe Acute Respiratory Syndrome (SARS) have prompted public health officials to develop a rapid screening process to detect air travelers who are experiencing an elevated body temperature. Because high fever is a symptom of SARS, many have proposed using thermal imaging cameras as a means to rapidly identify potential SARS carriers as they pass through airports. Although the use of infrared instruments to measure body surface temperatures has many advantages, there are human, environmental, and equipment variables that can affect the accuracy of collected data.

Severe Acute Respiratory Syndrome (SARS) is a newly discovered and potentially fatal infectious disease in human beings. Since its initial recognition in February 2003, over 8200 cases have been reported worldwide resulting in 735 deaths. According to the World Health Organization, current analyses place estimated case fatality rate at approximately 15%; however, this rate can exceed 50% in persons over age 65. The rapid spread of the disease has prompted the World Health Organization to label SARS as “the first severe infectious disease to emerge in the twenty-first century.” 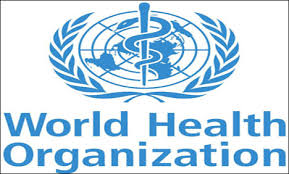 SARS has shown to be readily spread through international air travel. Since its initial discovery in Hanoi, Vietnam, SARS has spread globally along international air travel routes and has now been reported on six continents. While much about SARS is still unknown, it is believed to be caused by a previously unknown member of the Coronaviradae Family of viruses. Presently, there is no vaccine or treatment for SARS; the most effective response is isolation, infection control and contact tracing.

According to the Centers for Disease Control and Prevention, the primary way that SARS appears to spread is by close person-to-person contact. Most cases of SARS have involved people who cared for or lived with someone with SARS, or had direct contact with infectious material (for example, respiratory secretions) from a person who has SARS. Potential ways in which SARS can be spread include touching the skin of other people or objects that are contaminated with infectious droplets and then touching your eyes, nose, or mouth. This can happen when someone who is sick with SARS coughs or sneezes droplets onto themselves, other people, or nearby surfaces. It also is possible that SARS can be spread more broadly through the air or by other ways that are currently not known.

The CDC advises that SARS begins with a fever greater than 38°C (100.4°F). Other symptoms may include headache, an overall feeling of discomfort, and body aches. Some people also experience mild respiratory symptoms. After 2 to 7 days, SARS patients may develop a dry cough and have trouble breathing.

Can Infrared Equipment be Used to Detect SARS?

Although thermal imaging and non-contact radiometers are being used in several locations worldwide, one should bear the following in mind:

For more information on SARS, please visit the organizations listed below. Sites listed on this page are not necessarily recommended or endorsed by irinfo.org.

Click here and suggest your site for listing at irinfo.org.