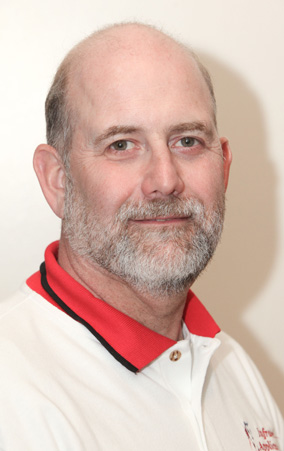 According to the National Fire Protection Association (NFPA), an arc flash is defined as “a dangerous condition associated with the release of energy caused by an electric arc.” An arc is a high-impedance discharge of electricity through the air that causes light and heat. The temperature of an arc can reach up to 6000 degrees C. Most switchboard components can only withstand these temperatures for about 0.25 seconds before sustaining damage. Arcing Faults can cause damage to power distribution systems since the inherent operational characteristics of the circuit breakers may not isolate the affected conductors for several seconds due to the relatively low current levels identified with this type of fault.

This paper will discuss how the US Navy is leading the way in Arc Fault Detection (AFD) Technology and has teamed up with Johns Hopkins APL to develop AFD Systems designed to detect and extinguish high resistance arcing faults. Use of these systems has significantly reduced, if not eliminated any significant damage, from Arc Faults in switchboards and load centers protected by AFD Systems.

The CTM feature can detect overheated connections and give a warning before they become an arc. Arcing Faults can cause damage to power distribution systems since the inherent operational characteristics of the circuit breakers may not isolate the affected conductors for several seconds due to the relatively low current levels identified with this type of fault.

A stable arc could be as low as a few hundred amps. In this case, the main breakers may not open if an arc fault occurs within the bus in some switchboards. With the AFD System the arc event can be detected and isolated in mil-seconds. This system greatly reduces, if not eliminates, the damage to the switchboards or load centers.

Thermal Imaging is a very useful tool for assessing the condition of electrical equipment and is being used by the industry and the US Navy to identify loose or faulty electrical connections before they overheat and create a problem. Unfortunately, continuous thermal imaging of switchboards and load centers is not feasible or cost effective and will do nothing to prevent or reduce the effect of the forgotten tool or the loose hardware that can fall onto the bus bars; or dirt, moisture, or in the Navy’s case, condensed salt that has been known to be a cause of arc flash explosions.

Every day in the United States there are 5-10 ten arc flash incidents. These explosions cause pressure waves that can damage hearing or brain function and a flash that can damage eyesight and burn exposed and covered flesh. The injuries can range from minor burns to life threatening injuries and possibly death. In addition, the fast-moving pressure wave can turn loose material, such as pieces of equipment, metal tools, and other items, like switchboard covers, into lethal projectiles. It was found that each 1 PSI rise in pressure results in a force of 1.5 tons hitting a typical switchboard door.

Arc flash explosions have occurred on US Navy Submarines. In the Navy we refer to them as arc faults. In 1975, an arc fault occurred onboard a US submarine and totally destroyed a generator switchboard.

In the enclosed environment of a submarine, an arc fault is not just a personnel hazard – it can place the survival of the entire ship at risk. In the remote and hazardous environments that a submarine operates there are few options for rescue.

After the submarine arc fault incident in 1975, the Navy did a study and identified that major electrical fires were occurring in the submarine fleet at a rate of three per year. This was deemed unacceptable and the Navy began to investigate ways to avoid these problems.

The Navy investigation identified that arc faults on Navy ships, were found to be caused by loose or corroded connections, foreign objects falling onto the bus bars, dirt, moisture, insulation failure, and condensed salt; however, the predominant cause of arcing on Navy ships was found to be faulty connection of bus bars or cables.

In 1978 the Navy teamed up with Johns Hopkins University Applied Physics Laboratories (JHU/APL) to work on identifying methods to prevent arc faults. APL conducted extensive arc testing and data collection in their quest to identify the unique characteristics that make up an arc fault and characteristics which would be distinguishable from normal background signals.

Once the unique characteristics that make up an arc fault were identified, the next hurtle was to determine how this information could be used to prevent or reduce the effects of an arc fault.

Several methods of identifying an arc fault were tried in the quest to determine the best method to reliably recognize the arc fault and yet minimize false alarms.

However, the use of the photo sensors alone to identify the arc fault on submarines, raised concerns about the possibility of nuisance tripping, (false trips). To combat this concern APL determined that another characteristic of an arc fault, the pressure produced by an arc fault, could be used to detect the initiation of an arc fault.

Now that methods to detect the arc had been identified, the next step was to determine how they could be used to prevent or reduce the effects of an arc fault.

The photo and pressure sensors were integrated into a system, now known as the Arc Fault Detection (AFD) System. The sensors provide input to the AFD Controller through Sensor Interface Modules, (SIMs). The SIM reads the signal from the photo and pressure sensors and determine if an arc fault has occurred and will send open signals to all the circuit breakers that supply power to the specific switchboard. For reliability, the system was designed with a Built-in-Test (BIT) feature that is used to perform an end-to-end test of the entire system.

When installed aboard ship, the system is divided into zones of protection. When an arc fault is detected in a zone, the system will activate and send a signal to all circuit breakers in that zone to isolate power to the affected switchboard or load center.

The system’s normal mode of operation is the Monitoring Mode. In this mode, all Sensor Interface Modules (SIMs) are continuously monitoring the system photo & pressure sensors. When input from both photo & pressure sensors, (in a zone), detects a qualified arc fault, the system will activate the trip relays within 1 millisecond and isolate the fault. The breaker response time is added to the AFD System time to arrive at a total time to cessation of all current flow. As configured for AQBs the total response time is typically 80-120 milliseconds.

On ships with AFD Systems installed there has been no serious arc fault damage to any AFD protected switchboards. The system is credited with correctly quenching arc faults on 11 ships. There have been no false alarms reported in the 20 years these systems have been deployed.

The latest versions of the AFD System have been upgraded to incorporate Continuous Thermal Monitoring (CTM). The CTM uses Thermal Ionization Detectors (TID) that will detect small particles released into the air from overheated cables or insulating material on the bus bar connections. The CTM sensor of the arc fault detection technology gives continuous detection of overheated connections, detecting at 160-300°C, well before the 1080°C needed to melt a connection and form an arc. When the CTM detects a problem, it provides a warning alarm to the operators. The operators can then investigate the cause of the alarm and make the necessary corrections before it becomes a problem. The CTM sensor does not isolate the fault down to the individual connection. Thermal imaging is the most effective way of locating the bad connection once the CTM sensor identifies the switchboard. The CTM feature has already been credited with identifying problems that would have resulted in a switchboard fire if the CTM system had not been installed.

The Arc Fault Detection (AFD) System used by the Navy has greatly reduced effects of an Arc Fault and increased the reliability of Shipboard Power Distribution systems.

Overall, the Arc Fault Detection System has proven to be an invaluable asset for protecting and safeguarding the lives of our sailors and the Fleet that protects our Nation’s shores.